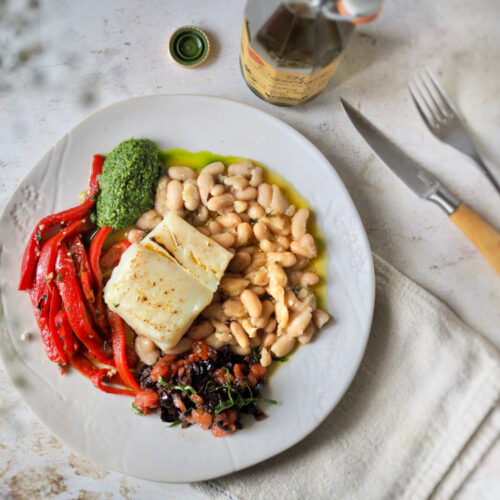 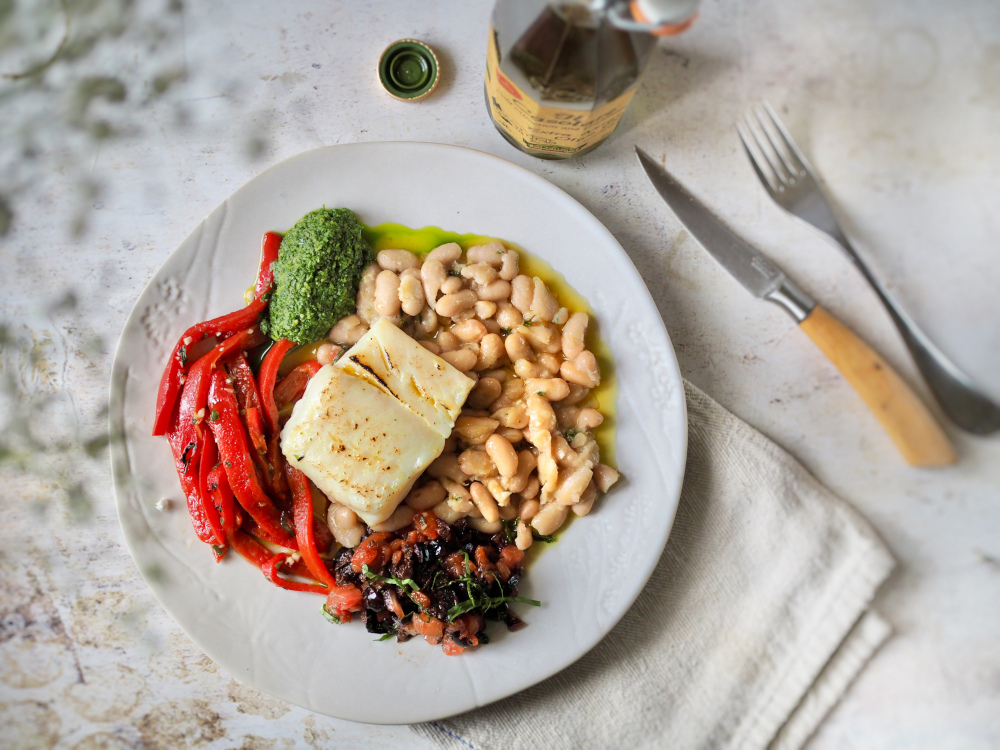 We wanted to use our Il Casolare Unfiltered Extra Virgin Olive Oil to create a timeless and rustic Italian dish that is comforting and tasty.

We worked with acclaimed Italian chef Francesco Mazzei to collaborate on this delicate yet robust poached cod dish to really bring out the flavours of Il Casolare. Working effortlessly together, the creamy cannellini beans, roasted red peppers and olive battuta create flavours that can stand alone on their own but are really brought to life when drizzled with the salsa verde.

Chef Francesco Mazzei was born and raised in Calabria, on the toe of Italy’s boot. After catering college in 1992, Mazzei moved from Calabria to Rome and then on to London where he landed a job at The Dorchester in Mayfair. He went on to open restaurants around the world, where dishes from Calabria, Puglia, Sicily and Sardinia took centre stage. In June 2015 mazzei joined D&D’s restaurant Sartoria in Mayfair as chef patron, with plans to create a “temple of italian cuisine”. In the past few years, Chef Mazzei has appeared on television screens across the UK, including shows such as Saturday Kitchen and MasterChef.